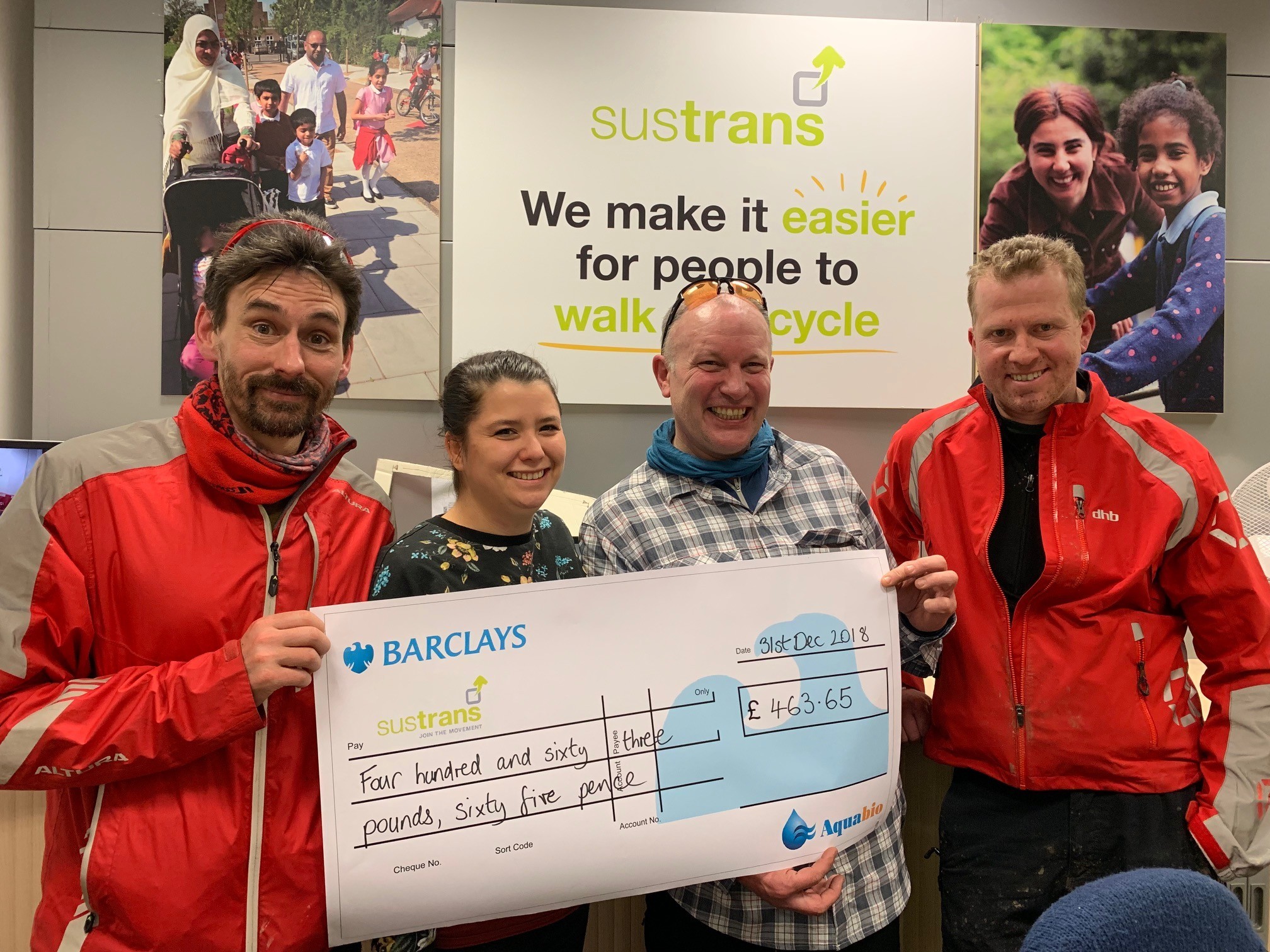 For the second year Aquabio have successfully encouraged their employees to ditch their cars and instead use pedal power!

Employees of Worcester based company Aquabio face the normal challenge of the rush hour each morning and evening as they make their journey to work. Some have chosen to commute to work by bike, as a means of avoiding the traffic jams, and the stress that congestion brings. Seeing the true benefits that cycling can have, whether it be commuting to work or for leisure, Aquabio created SHIFT to encourage others to start cycling, and in the process help the environment and reduce the amount of traffic on the roads.

SHIFT (Sustainability and Health in Future Transport) was created in 2017 as part of Aquabio’s corporate social responsibility campaign, to reduce emissions, improve air quality and support the physical and mental health of their employees.

The SHIFT initiative involves Aquabio employees logging their kilometres using Strava, while cycling for work or leisure. For every kilometre cycled, Aquabio donates 2.5 pence to a nominated charity, which is accumulated and presented at the end of each year.

Since the scheme was introduced the number of regular cycle commuters has doubled, with 21 Aquabio employees registered a ride in 2018, and over 1000 commutes to the office and sites. The scheme has resulted in a donation of £927.30 split between two UK cycling charities, Sustrans and Cycling UK.

Sustrans is the charity making it easier for people to walk and cycle. They connect people and places, create liveable neighbourhoods, transform the school run and deliver a happier, healthier commute. To support their charitable aims, Sustrans offers a range of services to employers who want to embrace the benefits of active travel, with their expertise in behaviour change, community engagement and improving the built environment.

Cycling UK promotes all forms of cycling, inspiring people of all ages, backgrounds and abilities to discover the joys of cycling. In addition to this Cycling UK plays a prominent campaigning role, fighting to defend cyclists’ rights for safer roads, better infrastructure and legal protection

Since the SHIFT initiative was launched, Aquabio employees have collectively cycled over 80,000 km, which based on an average of 118g/km of CO2 (2017 European average for new cars) equates to an impressive 9,440 kg of CO2 that would otherwise have been released into the atmosphere.

Going from strength to strength, in 2018 Aquabio was awarded the Red Bull Extra Mile Workplace Awards for Best Small Business, which recognises workplaces who support active transport, including running, cycling and walking to work.

Claire Mantell of Sustrans commented: “Thank you to all our friends at Aquabio both for raising vitally need funds whilst at the same time showing other businesses, large and small, what is possible when you have the will to make a difference.”

James Palser of Cycling UK enthused: “It’s fantastic to see how the SHIFT scheme has motivated more people to start cycling to work. As the UK provider of the Cycle Friendly Employer accreditation, we know that encouraging cycle commuting leads to a healthier, more productive workforce, and hopefully other employers will be inspired by the benefits and decide to give it a go. We’re thrilled that Aquabio have chosen to channel the funds back into cycling, and this generous donation will help us continue our work to champion cycling as an activity for everyone.”

Dan Brothwell, General Manager at Aquabio decreed: “For the second year running SHIFT has demonstrated that a tiny incentive is enough to encourage people to use a bike as a regular means of transport. The knock-on benefits to individuals and the wider society are well documented, and at Aquabio we have good news to share, a stronger and more beautiful team, and a happier workplace. It’s a win win win win win. Win. The aim now is to try and get other companies to join the scheme.”

With over 2000 commutes since the launch of SHIFT, Aquabio shows no signs of slowing down the enthusiasm or pace, and benefits it has brought to their employees, the environment and nominated charities.

Come sun, snow, wind or rain, Aquabio are determined to make SHIFT 2019 even bigger than the last! If you are interested in joining the scheme visit www.goshift.co.uk

Aquabio – which operates from its headquarters in Hallow, Worcestershire – was established in 1997 and is a European Leader in industrial water treatment and reuse back to drinking water.  The company has pioneered the implementation of water recycling within a wide range of industries including food and drink, bio fuels, pulp and paper, landfill and leachate and pharmaceuticals.