In 2017 Aquabio set up the SHIFT scheme (Sustainability and Health in Future Transport). The initial aim of the scheme was to encourage Aquabio employees to ditch the car, and make more journeys by bicycle. A number of employees lived within 10 miles of the office, so a commute by bicycle was possible, and it was interesting to see if the encouragement offered by SHIFT could nudge individuals to choosing alternative modes of transport. The website and mobile app Strava was used to keep track of the cumulative distance travelled by all employees.

For every kilometre cycled Aquabio donated 2.5 pence to Sustrans, a charity aims to further improve cycling infrastructure and encourage others to choose less polluting modes of transport.

The end of year result surpassed expectations. In total 16 people cycled a combined distance of 40,382 km. To put that distance in perspective, the circumference of the planet is 40,075 km. So in 2017 Team Aquabio cycled around planet Earth, with 300 km spare to go and fetch some bread and milk when we got back…!

As a result of this impressive effort Aquabio donated £1,009.55 to Sustrans, and have since also donated to We Are Cycling UK and Bike Worcester, with a vow to continue to donate money to charities for every year the SHIFT scheme is implemented.

From 2017, things have really taken off with the SHIFT scheme. 2018, 2019 and 2020 saw an ever increasing number of employees cycling to work, with 2020 topping the largest annual combined cycling distance of 62,597km – over a six fold increase since the start of the scheme! 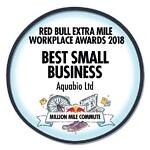 In 2018, Aquabio were awarded with the Red Bull Extra mile Workplace Award for Best Small Business, as a direct result of the SHIFT scheme and the benefits it provides both the employees and charities.

Every year Aquabio has donated to a nominated charity, rewarding both the efforts of their employees, but also of the charity.

There are a number of benefits to the scheme, and a number of beneficiaries. Employees are taking regular exercise, with well documented improvements to both physical and mental health, as well as the effort being rewarded with the company providing a charitable donation to a nominated charity every year. 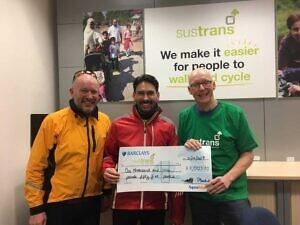 Society benefits from improved local air quality due to a removal of vehicle emissions for those journeys, and the equivalent reduction in carbon emissions. The Company is rewarded with happier and healthier employees, a strengthening of internal relationships through team building, and a reference for environmental improvements and corporate social responsibility.

The scheme is an excellent demonstration of how individual actions, however small, working as part of a collective endeavour can have a notable impact. Feel free to share the story beyond the shores of Aquabio, and perhaps we can inspire others in a similar fashion. Every journey, no matter how small, will contribute to the team effort. 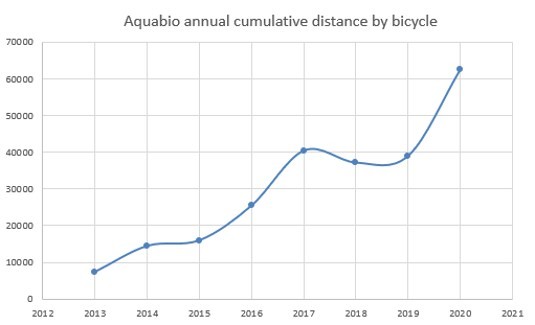 Doubled number of regular cycle commuters, including making part of the journey by train

Aquabio also supports the Cycle to Work Scheme, where bikes and accessories can be provided by the Company through a salary sacrifice, providing a saving through tax on the equipment. 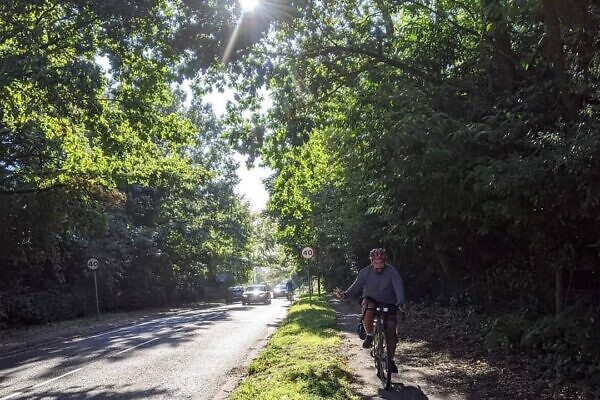